In 1996, five years after moving to Portland, we decided to hold a little Halloween party. We sort of inherited it from our friends Rose and Michael Eury, who threw a party that helped Anina rediscover the joy of Halloween—seriously, it was like a gothy after-school special or something—but then moved to an apartment too small for parties. So they bequeathed to us their decorations and hostly mantle.

As time passed, our little party quickly grew into a swirling nexus of costumed creative people from all over the Portland area. We even had guests from as far away as California, Illinois, New York, Canada, and Croatia. Bonds of friendship and romance were forged, the occasional fight was fought, countless drinks were drunk and dances danced—but most important, a sense of community prevailed. When the party got too big for us to handle on our own, friends gladly stepped up to help with decorating, food, cleaning, security, and music.

In 2015, after 20 years, we decided to go out on a high note and throw our final Halloween bash, appropriately themed “The End.” Below you can see a photo of one of the thank-you notes we received afterward.

Paul took photos and built a web page for every party, so you can flash back year-by-year to see all the best costumes from parties past on our Halloween landing page. 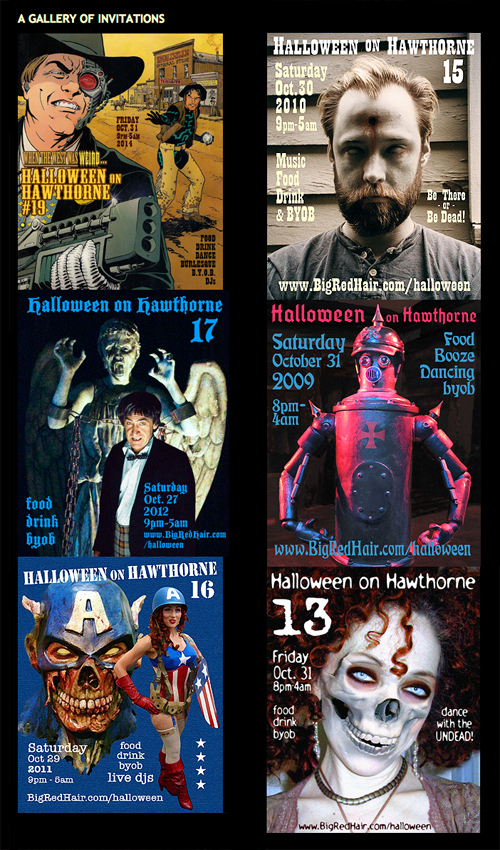