Adventures in Cloning Since 1989 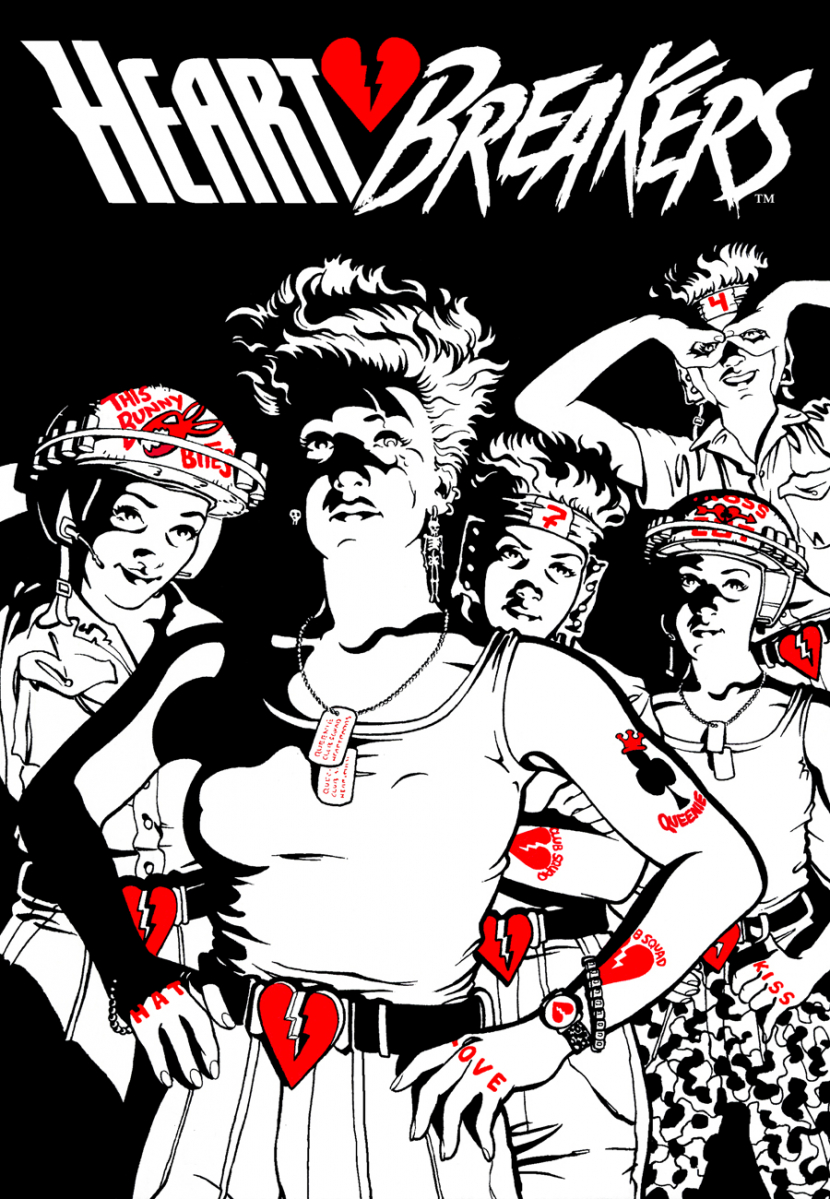 Heartbreakers is a groundbreaking series of science fiction comic books and graphic novels, one of the first to star a team of female action heroes. It’s about the adventures of Queenie and Delta, two women cloned from the same DNA but engineered for different jobs. Created by geneticist Therese Sorenson, they share her genes as well as (most of) her memories. But each clone has her own personality and purpose: Delta’s a scientist, Queenie’s a soldier. Delta is the only surviving science clone, while Queenie has a squadron of soldier clones for company.

In their world, genetic engineering is an everyday event, and clones are bred, bought, and sold. They fight for clone rights and to protect their creator’s final discovery. Averting a global food crisis, fending off desert pirates, reconstructing ancient robots—it’s all in a day’s work for the Heartbreakers! The series has drawn praise from legendary writers and artists such as Harlan Ellison, Trina Robbins (who included our characters in her book The Great Women Superheroes and drew a Delta/Queenie paper doll), and Alex Ross.

The Heartbreakers debuted in the indie anthology Dark Horse Presents in 1989. For more about their history and what inspired us, you can read this blog post. Our early DHP stories are now available as e-books from ComiXology, and the other titles starred* below are available in print from us.

“It’s seldom I get to read a graphic novel that so cheerily and expertly combines heart, smart, and boldness. Bennett/Guinan have brought forth a lovely Oz-creature of the qualities sought in the Emerald City.”
—Harlan Ellison, author of I Have No Mouth, and I Must Scream

“As relevant now as it has ever been. ... Heartbreakers feels refreshing and new, despite being 20+ years old and is a must for anyone looking for some smart, dystopian sci-fi.”
—Pipedream Comics: The Best of Indie, Small Press and Digital Comics

“A joy to read. ... The beauty of this book is its timelessness. In ’89 it was radical to have an all female cast of characters. Have comics changed that much?”
—Bag & Bored: Comic Book & Entertainment Reviews

*Available in our online shop.