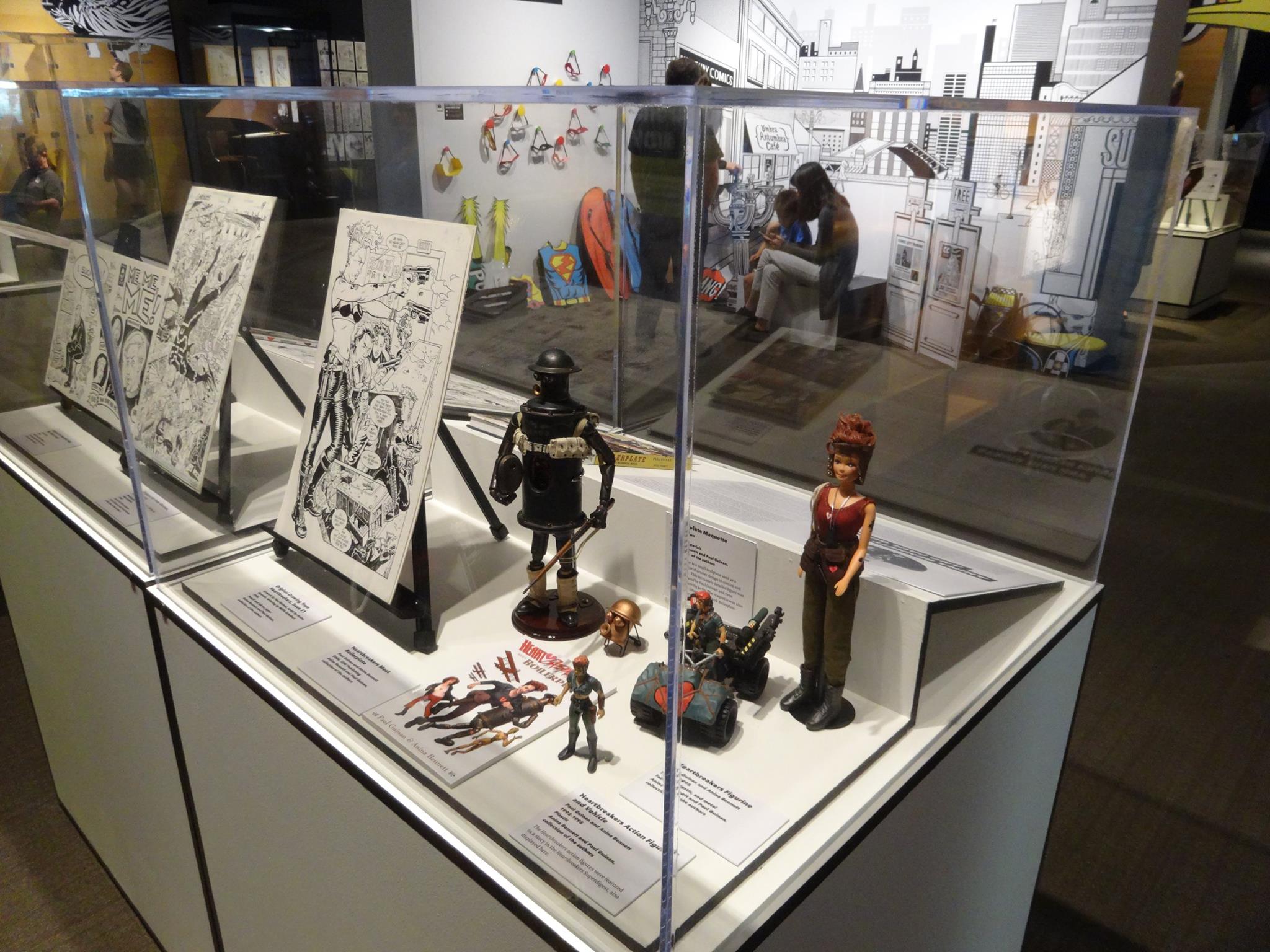 Paul and I are honored to be included in the Oregon Historical Society’s exhibit “Comic City, USA,” which brings together work by comic book creators, animators, and political cartoonists who’ve lived in Oregon. It also features interactive stations where you can learn about how comic books are made and make your own comics and storyboards.

We joined the curator to talk about this unique exhibit on OPB radio (listen here), and we also gave a presentation called “From Geek to Chic: The Comic Book Revolution,” about the many changes the comic book industry and audiences have undergone in recent decades (watch the video here).

The exhibit runs through January 2017, and OHS has other interesting shows year-round, so stop by if you’re in Portland! Admission is always free for Multnomah County residents.

With recent blockbuster smashes featuring superhero legends, the comic book industry has experienced a surge of popular support. While there are many Oregonians picking up a comic book for their first time, the comic industry in Oregon has a long and influential history. Comic City, USA celebrates this history and profiles fifteen of the most iconic artists that have made the industry into the global powerhouse it is today.

Oregon is known globally for its impact on the comics industry, with many artists, writers, and designers living, working, and discovering their inspiration here. Portland and its comic publication industry remain at the forefront of innovation as a central location to several publishers including Dark Horse Comics, Oni Press, and Shadowline, the Image Comics partnering studio. In the nineteenth and early twentieth centuries, Oregon had notable comic artists in residence such as Homer Davenport, Carl Barks, and Basil Wolverton, establishing a rich foundation for future cartoon artists. With the founding of Dark Horse in the early 1980s, a new model of comic creativity began to attract additional artists and publishers to Oregon, quickly making it one of the largest centers of comic publication in the United States.

With over $579 million in national comic sales in 2015, the popularity of what is known as “The Ninth Art” is only expanding and gaining more recognition. The power of the comic industry in Oregon is undeniable, evidenced in the range of mediums at play and the growing popularity of Rose City Comic Con, which celebrates its fifth anniversary next month.

In addition to displays on each artist, the exhibition will offer interactive experiences, from a comic book store style living room for flipping through comics, a station where people can design and print their own comic book, and a photo booth complete with superhero inspired props.

This exhibition is designed to share an important part of Oregon history, inspire people who wish to communicate through an artistic medium, and fascinate those who already have an appreciation of this continuously evolving art form.

From Geek to Chic: The Comic Book Revolution 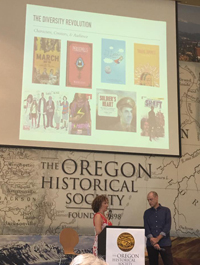 In the past 25 years, comic books have undergone a revolution in more ways than one. At the same time, Oregon’s population has exploded, and Portland is now home to multiple comic book publishers and studios. Writer Anina Bennett and artist Paul Guinan, comic book industry veterans, distill the recent history of U.S. comic books in three parts:

Thanks to the Oregon Historical Society for hosting this presentation as part of its “Comic City, USA” exhibit, which focuses on cartoonists and animators in Oregon.