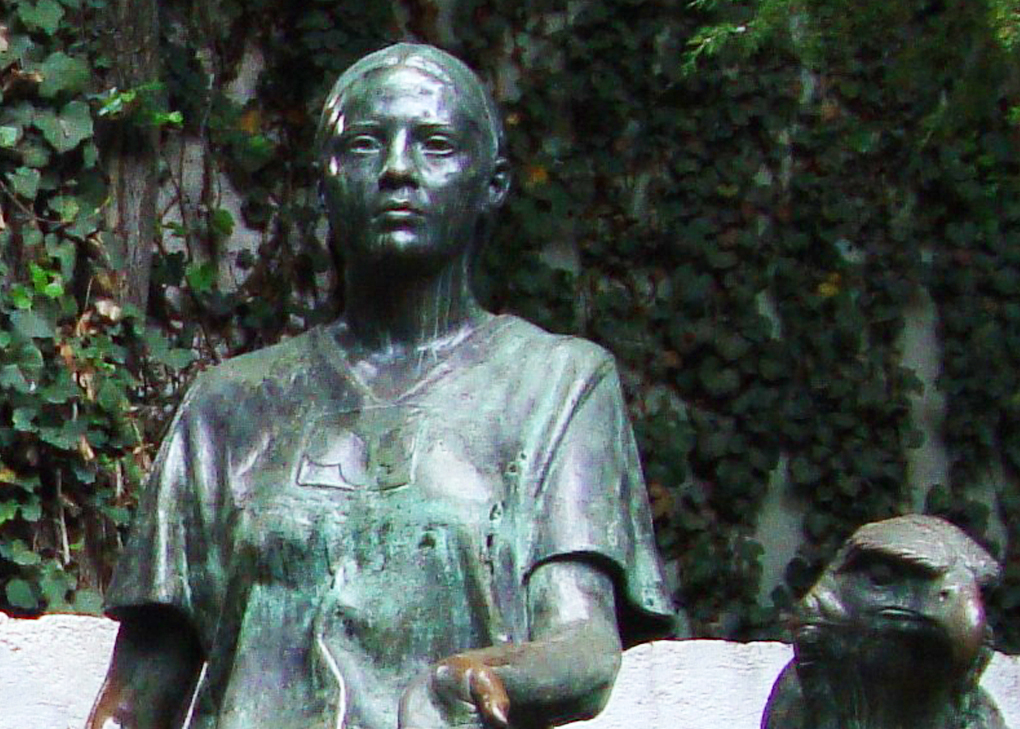 The story of the Aztec's downfall has often been told replete with myths — such as Cortés being mistaken for the returning deity Quetzalcoatl, or Moctezuma wearing green feathered headdresses. But it’s the translator Malinalli, commonly known as Malinche, who suffers most from mythologizing. History can't even confirm that "Malinalli" was her original name! She is a complex character who has come to symbolize different aspects of Mexican identity: both the mother of modern Mexico and the great betrayer of her people. The creator and the destroyer.

With the emergence of the New Philology and New Conquest History revisionism of the 1970s, the myths surrounding the (in)famous La Malinche have been reexamined. Unfortunately, lazy research in many histories and essays on the subject continues to blur the line between fact and fiction. Here are some of the most common mistakes, rectified.

Out of the Frying Pan

Malinche’s entrance into the narrative of the conquest is confusingly portrayed from the start. Along with other young women, food, textiles, and gold, she was part of a tribute the Maya gave to the Spaniards after losing a battle. Most histories avoid facing the uncomfortable fact that these women were meant for sexual use. Instead, writers mention how the Maya brought food to the victorious Spaniards and gave them twenty women, one of whom was a teenage girl named Malinalli Tenepal (Malinche’s supposed original name), to “cook meals.”

The notion that those twenty girls were cooks originates with Cortés’ secretary, Francisco Gomara, who wrote one of only two histories based on firsthand accounts: “They brought [Cortés] twenty female slaves to bake bread and prepare meals for the army.” In his book Cortés, the Conqueror, Gomara tries to make his patron look good and plays down certain acts that may seem immoral.

But Cortés already had female cooks among the many Cuban servants in his expedition, and didn’t need more cooks. Gomara’s initial description of the girls’ purpose is pretext. Many commentators overlook a sentence elsewhere in Gomara’s account that reveals the girls’ true fate: Cortés “distributed the twenty slave women among the Spaniards as companions.”

Bernal Díaz, who wrote the other firsthand history, confirms that Indigenous girls were given as sex slaves to Spaniards on multiple occasions. Díaz even complains that the better looking girls went to captains, not common soldiers.

Díaz gives us interesting details about how the Spaniards reconciled their religious faith with their actions. How does Catholicism solve the problem of heathen sex slaves? Start with a baptism. Malinche was baptized as "Marina." After the girls were anointed and christened in a Catholic ceremony, Díaz reports, “Cortés gave one of them to each of his captains, and Marina [Malinalli/Malinche]… went to Alonso Hernández Puertocarrero.”

The assigning of Malinche to Puertocarrero is a story unto itself. Puertocarrero was cousin to the Earl of Medellin of the Crown of Castile. As such, he was the closest thing to royalty on the expedition, and thus he was Cortés’ most favored captain. It was important to keep Puertocarrero happy. Malinche apparently stood out from the other girls — Díaz and some fragmentary testimonials attest to her proud bearing and intelligence. By assigning Malinche to Puertocarrero, Cortés was giving him the best of the girls as a political favor.

Ultimately, the arrangement also helped augment the story that La Malinche (Doña Marina to the Spanish) herself came from royal background, and therefore was capable of great deeds. Malinche’s storied noble ancestry may have begun as a joke about matchmaking a royally associated Spaniard with a “royal” savage, but it ended with a legacy that rivals any fable.

The Plot That Wasn’t

After she was acquired by the Spanish, Malinche temporarily disappears from the written record. She was downplayed as an unnamed translator during meetings between Spaniards and Mexicans.

She pops up in the story again months later, when Gomara and Díaz say Malinche gave Cortés evidence that the Aztec-allied city of Cholula was plotting against the Spaniards. In actuality, Cortés had been planning an attack on Cholula for weeks and just needed an excuse. So Cortés told his men that Malinche informed him about a Cholulan plot to kill the Spaniards. This justified his attack on Cholula as a “preemptive” strike.

As far as we know today, Malinche did not provide any such information. Cortés pulled off an effective reversal by blaming his own actions on the Aztec and their allies, while also unknowingly laying the groundwork for Malinche’s reputation as a betrayer of her people. Another pervasive myth is that Cortés took Malinche as his concubine during the conquest, after Puertocarrero returned to Spain. But Cortés was given other girls during that time, including Moctezuma’s own daughter. There's even some evidence from historian Hugh Thomas that Cortés may have brought one of his Spanish mistresses from Cuba. For Cortés, females were replaceable, whereas Malinche was the only person who could translate and give Cortés diplomatic advice during meetings with the natives.

With an empire at stake, Cortés couldn’t risk having such a singularly important asset sidelined by pregnancy. Only after the fall of the Aztec capital did Malinche spend a brief time as Cortés’ consort and have a child by him. She later wound up marrying another Spaniard, with whom she had a daughter.

Cortés’ son by Malinche, Martín, is often inaccurately cited as Mexico’s first mixed-race child or mestizo. Although we may never know for sure, that distinction most likely goes to the children of a Spanish castaway named Gonzalo Guerrero and the Maya princess Zazil Há.

Guerrero was shipwrecked in 1511, cast ashore in the Yucatan with a dozen Spanish survivors. By the time Cortés’ fleet arrived eight years later, only Guerrero and one other Spaniard were still alive. (See Aztec Empire Episode One) Guerrero integrated himself with the Maya and had a family with the local chieftain’s daughter, never returning to the Spanish way of life.

In the aftermath of the conquest, as Spain sought to strengthen its slim hold on this new empire, the story of Cortés and Doña Marina (Malinche) came to symbolize a romanticized version of the colonial relationship — and the birth of a new people. By contrast, Guerrero’s story was about a Spaniard who wholly converted to the local culture and whose status partly depended on his wife, which is not an empire-building narrative.

In her book La Malinche in Mexican Literature: From History to Myth, Sandra Cypess observes:

“By studying how the official discourse and the people have treated the two couples, we realize that the interactions between Malinche and Cortés became emblematic to indicate how the relations between European and indigenous should be. She is the woman who should act as subaltern and accept the language, culture, political and economic structures of man, not vice versa.”

Five centuries is a long enough time to mythologize anyone’s life, especially one so significant in a nation’s history. It’s no myth that without Malinche’s linguistic, cultural, and diplomatic skills, Cortés would not have succeeded in conquering Mexico. That fact alone makes Malinche a true legend. No images of Malinche were created while she was alive — the only images we have of her are posthumous. Most Spanish illustrations and Spanish-commissioned native codices depict her with hair parted in the middle and worn loose to her shoulders, echoing the hairstyle of the Catholic Virgin Mary.

In reality, Malinche wore her hair in a traditional double-braid, as seen below. Stereotyped portrayals of Malinche continue to this day, in some cases egregiously wrong, as seen in the below example from a 2016 Spanish TV series.