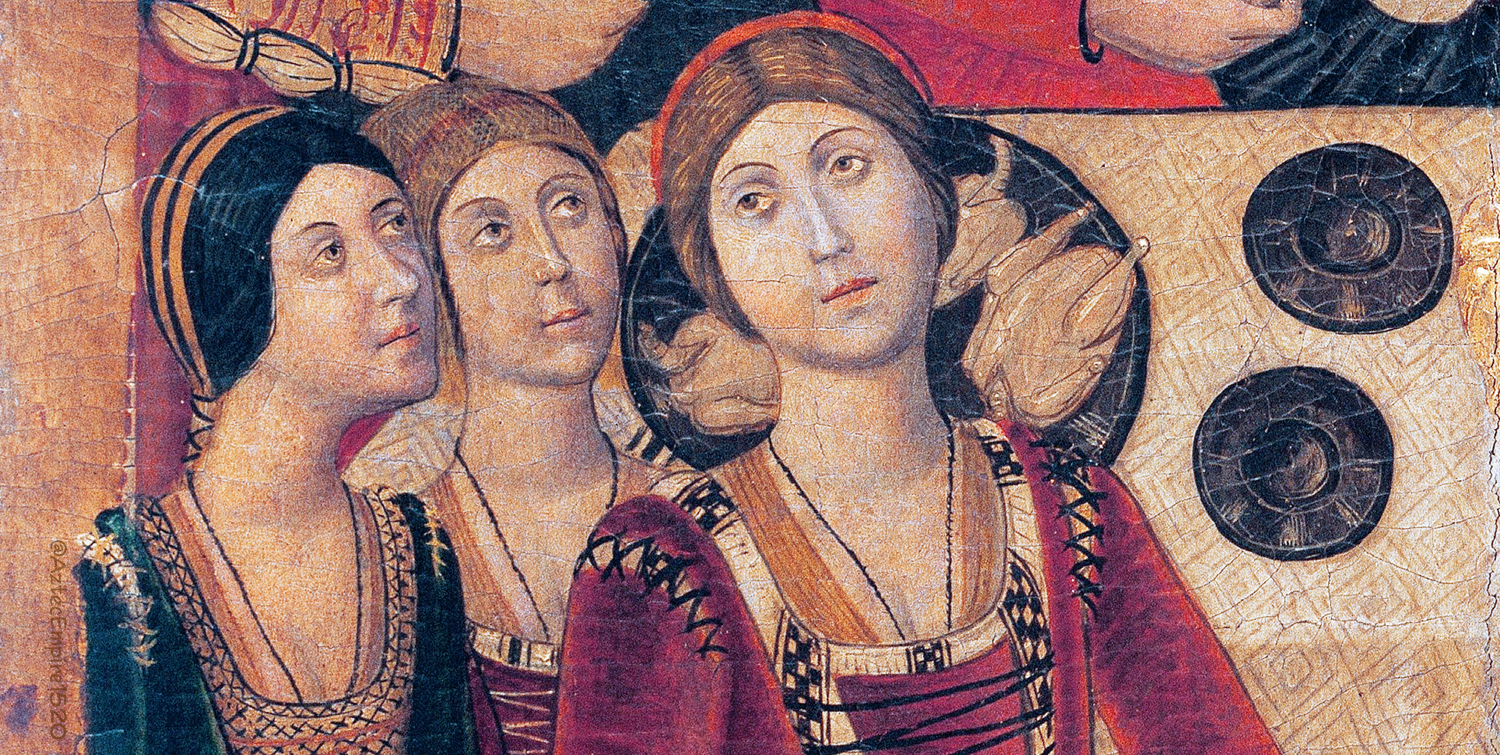 One of the challenges in making our current comic book series, Aztec Empire, is looking past the myths and misconceptions that surround these historical events. Many people think there were no Spanish women on the Cortes expedition to Mexico in 1519, for example. Many also believe that the Indigenous girl known as Malintzin, who served as a crucial translator for Cortes, had a love affair with him during the Aztec-Spanish War. Both of these beliefs are wrong.

I’ve always been skeptical about depictions of a starry-eyed romance between Malintzin and Cortes. It seems like a post-colonial myth, designed to literally romanticize the relationship between colonizers and colonized people. When I learned that Cortes had Spanish mistresses who went along on his expedition, any remaining doubt vanished.

In general, to learn anything about the women and Indigenous people involved in this story, you need to dig around in the margins of history. Older historical works rarely give them enough attention.

Historian Hugh Thomas doesn’t spend much time writing about women in his account of the Spanish-Aztec War, but at least he mentions them. Thomas compiled the most comprehensive list of participants in the Cortes expedition. Based on exhaustive research, Thomas names Mariana Hernandez—daughter of Catalina Hernandez from Seville—as one of Cortes’ Spanish mistresses.

After the fall of Tenochtitlan, Catalina petitioned Cortes for an encomienda, a parcel of land that included slaves to work it. She had fought in desperate battles, and her daughter had been intimate with Cortes. According to Thomas, Cortes then tried to “seduce” Catalina. Thomas doesn’t reveal the result. Detail from a mural by Diego Rivera that depicts an encomienda.

Catalina Hernandez should not be confused with Catalina Suarez, the wife Cortes left behind in Cuba. When Catalina Suarez finally went to Mexico, she was allegedly murdered by Cortes. He was charged with strangling her to death on November 1, 1522. Despite court documents, forensics, and multiple witnesses, Cortes escaped being convicted—possibly by using his long-successful tactic of bribery.

Cortes’ other known Spanish mistress on his expedition in 1519 was Juana Martin. She told Jeronimo Aguilar that Cortes not only slept with her, but also with her daughter. Her daughter, Bernardina, later married the son Cortes had by Malinche, Martin Cortes. A portrait of Joanna of Castile by Juan de Flandes, and a portrait of an unknown woman by Leonardo da Vinci, suggest what Cortes’ Spanish mistresses could have looked like.

Defenders and critics of Cortes may argue stridently over other points, but most agree that Cortes was a “womanizer.” He was even sent to prison in Cuba because of his dalliances. Cortes had at least half a dozen children from his two marriages, plus another half-dozen with other women, mostly Indigenous girls.

Since Cortes had brought at least two Spanish mistresses on his expedition, at first he gave away the Indigenous girls who were given to him in tribute by local polities. These young women were more valuable to Cortes as gifts for his followers. Cortes’ ability to persuade his men to follow him depended heavily on his ability to reward them.

As with other Spanish plunder, the method of distributing Indigenous girls to Cortes’ men caused problems. Bernal Diaz explains in his memoir:

“The finest of the Indian females had been set apart (by the captains), so that when it came to a division among us soldiers, we found none left but old and ugly women. This occasioned excessive murmuring against Cortes and all those who had thus picked and chosen before us. Some told Cortes to his face that they were not aware, up to the present moment, there were two kings in the Spanish dominions.”

Nevertheless, at some point after the Spaniards took Tenochtitlan in 1521, Cortes had coercive sexual relations with the two most famous Indigenous girls of the time: Malintzin/Marina and Tecuichpo/Isabel (seen below). Marina bore Martin Cortes in 1523, and Isabel bore Leonor Cortes Moctezuma in 1528. Both children were considered illegitimate under Spanish law, but they were officially acknowledged by their father. 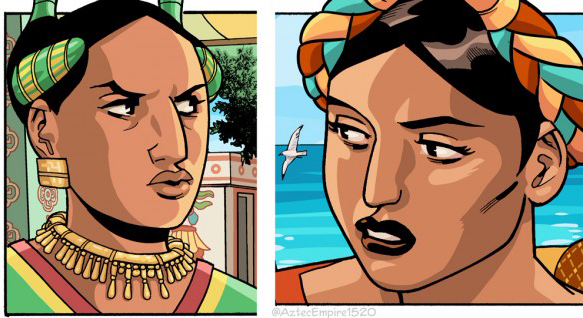 Details from episode 4 and episode 6.

The enduring images of Cortes and Malintzin as a romantic couple are nonsense. Here are just a few of the ridiculous depictions from over the centuries: Unfortunately, this nonsense continues in the latest retelling of the invasion of Mexico. Hernan, a Spanish-centric TV series on Amazon Prime, perpetuates this damaging myth.

Seriously, can we be done with this? Thanks.