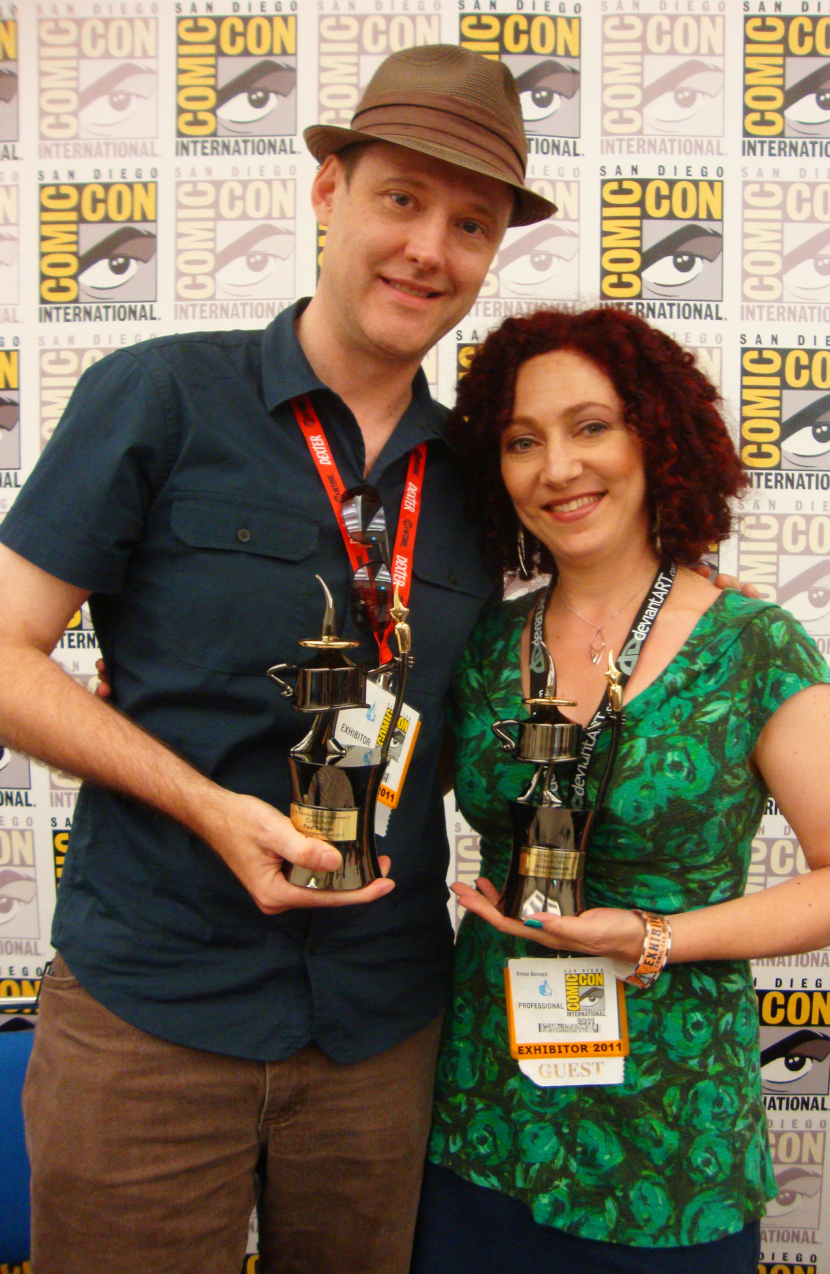 Paul Guinan and Anina Bennett are a creative couple who’ve been collaborating in print since 1989. Together they created the groundbreaking science fiction comic book Heartbreakers, one of the first comics to feature a team of female action heroes. Their 2005 graphic novel Heartbreakers Meet Boilerplate was nominated for an Eisner Award for Paul’s innovative art.

Anina and Paul's most recent books are illustrated hardcovers that blend historical fiction with science fiction, using a unique mix of narrative techniques. Boilerplate: History’s Mechanical Marvel, the biography of a 19th-century robot soldier, dramatizes formative events at the dawn of the 20th century. Frank Reade: Adventures in the Age of Invention is a steampunk historical adventure that re-imagines a vintage dime-novel hero as a real-world inventor, complete with vintage science fiction illustrations. These critically acclaimed volumes have been called “a tour de force” (Publishers Weekly), “utterly enchanting” (F&SF), and “a retrofuturist visual feast” (The Wall Street Journal).

Paul is a multimedia artist who’s done stints as a TV show host, storyboard artist, and production designer. His first job in comics was as a production artist with Chicago-based First Comics. While there, he co-created Cargonauts, a forerunner of Firefly. Paul later co-created and illustrated the time travel series Chronos, from DC Comics. He’s a founding member of Helioscope Studio, the largest collective of comics creators in North America. His current project is an historical comic book series called Aztec Empire, about the Aztec-Spanish War.

Anina, a writer and editor, also started out at First Comics, managing titles such as Nexus and GrimJack. She then moved to Portland, Oregon to edit for Dark Horse Comics. Her work also took her to Denmark, where she edited stories for popular European Disney comics. Anina has served on the boards of several nonprofits and helped found Friends of Lulu, a 1990s organization dedicated to encouraging female comic book readers and creators. She’s written five graphic novels and two illustrated histories, and is currently working with Paul on Aztec Empire.

Anina and Paul also teach comic book workshops for students of all ages; give educational talks; and appear at conventions, conferences, festivals, and other events around the country. The duo was honored with Inkpot Awards in 2011 at Comic-Con International and has been featured in many galleries and museums. Their work was selected for inclusion in the Oregon Historical Society’s exhibit “﻿﻿Comic City, USA﻿﻿.”