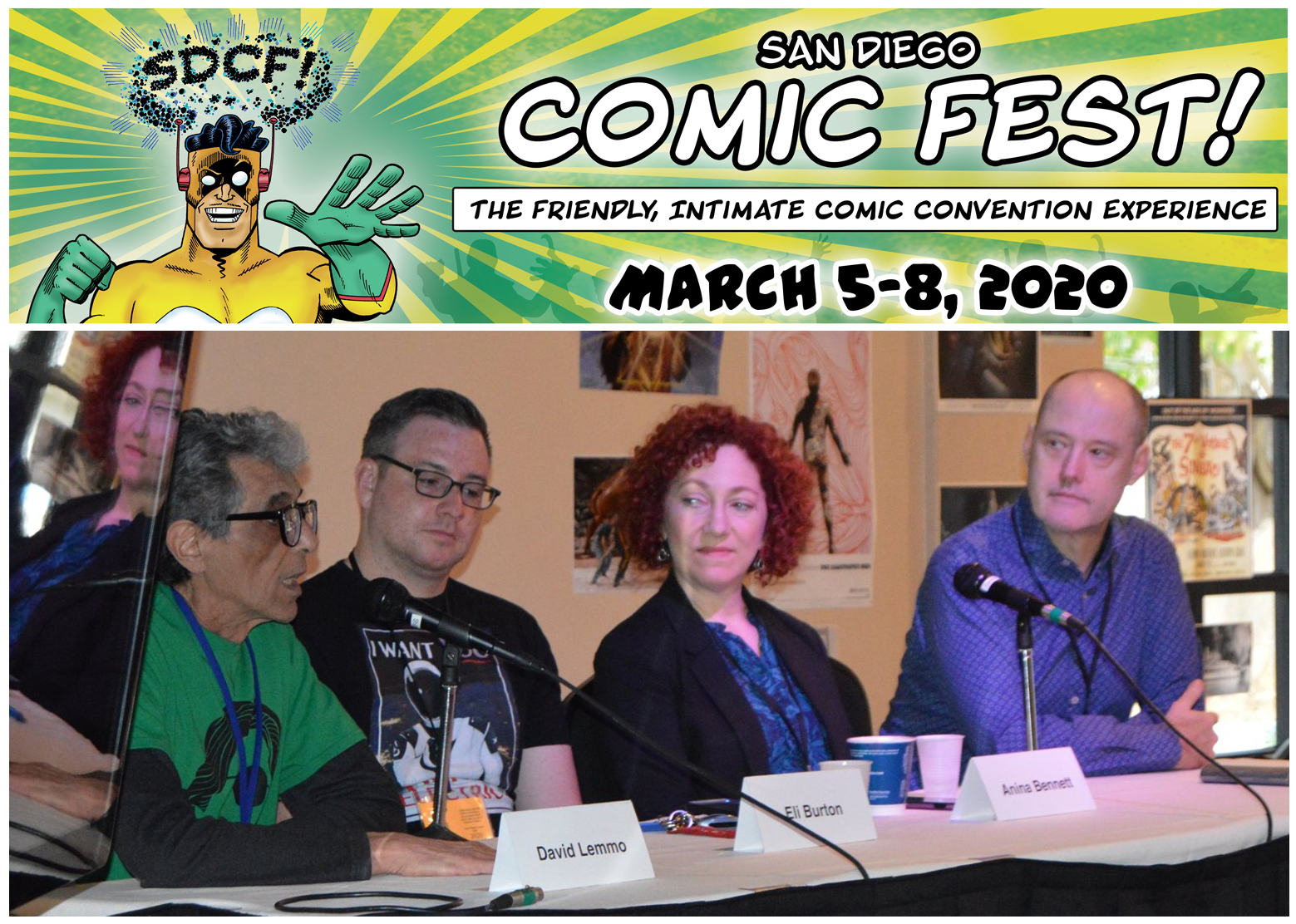 We were tremendously flattered to be invited again to the San Diego Comic Fest. The friendly comic convention with a casual atmosphere and an intimate scale that allows fans to mingle directly with professionals and exhibitors. This year we were a bit nervous about the emerging covid pandemic, but attended anyway, and are now so glad we did. It was our last in-person convention for 2020.

Anina did several panels. She moderated the 50th Anniversary of IT AIN'T ME BABE. In 1970, Trina Robbins and Barbara "Willy" Mendes co-produced all-women comic, It Ain't Me, Babe, featuring the work of many women cartoonists. The comic was a success and led directly to the long-running Wimmen's Comix. During the panel, there was a couple times when Trina coughed, then said in her distinct voice, "It's not covid!"

Anina was also on the Editors Panel, seen below laughing with Chris Ryall, president of IDW Publishing.

One of our very favorite moments was reuniting with our friends from Mexico, Juanele and Elenita. Juanele did a cartoon strip about his experiences at SDCF, and we were thrilled to be included in it! You can read the entire 12-panel cartoon HERE.

We did not fully realize at the time this would be the last public gathering we'd be at for the rest of the year. We look forward to returning to this convention when circumstances allow. Stay safe everyone!