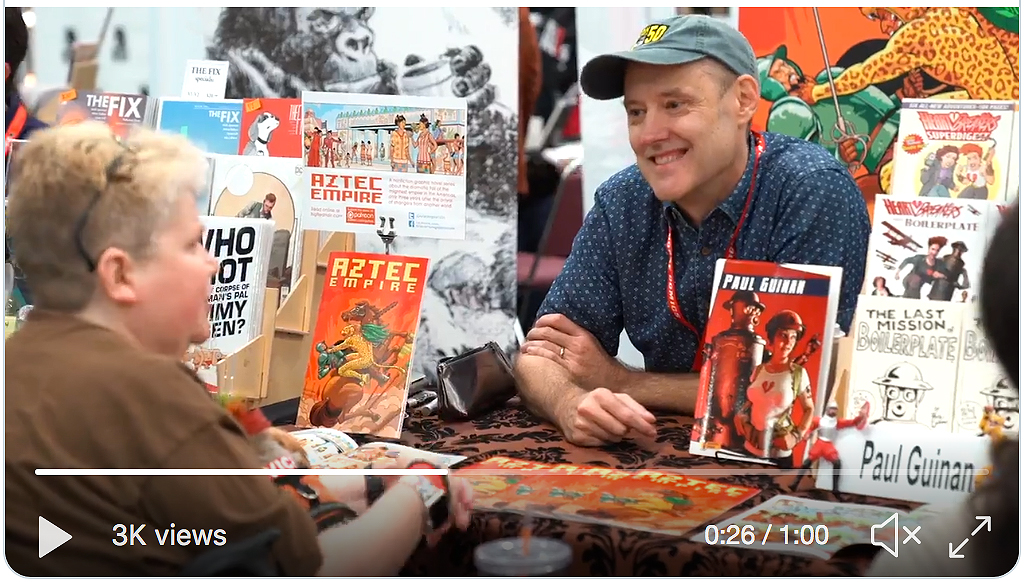 It’s our hometown Portland's biggest comic book convention of the year! Paul will be debuting a very limited edition print copy of Episode One of his new online comic book series AZTEC EMPIRE. It's a Rose City Comic Con EXCLUSIVE, not sold anywhere else! Come by Helioscope Island and say hi! Check the below map for where all the awesomeness is!